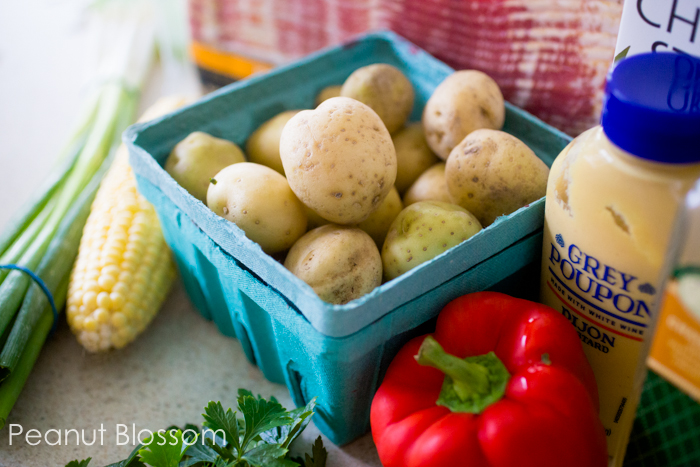 Summer barbecue season is upon us and it seems like no party is complete without a potato salad. But I have a secret. . . I can't stand the stuff. All gloopy with mayo, no texture, and suspicious in the heat of summer. No thank you.

Growing up, my German family insisted on the vinegar and bacon-based hot potato salad. I find that to be only a slightly better option but am still not such a fan. 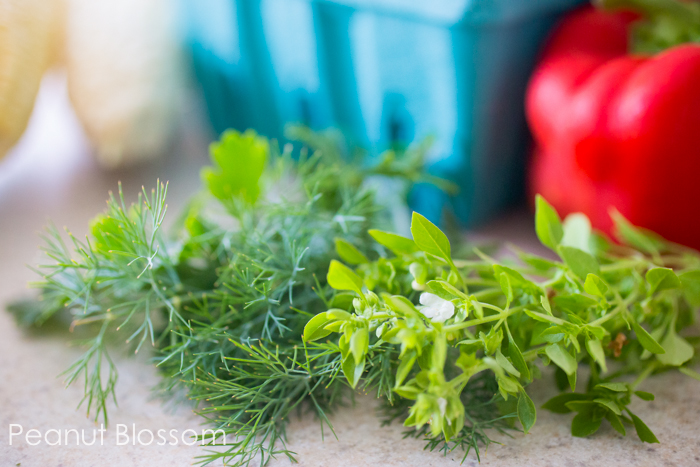 But the big thing the recipe is still missing, to me, is the texture. I decided to take advantage of the fresh produce at our farmer's market stand and tossed in some fresh corn and a diced red pepper for a crisp, cool, sweet and juicy addition to the mix.

And bacon. Yes, bacon. Because what goes better with potatoes?? More bacon. 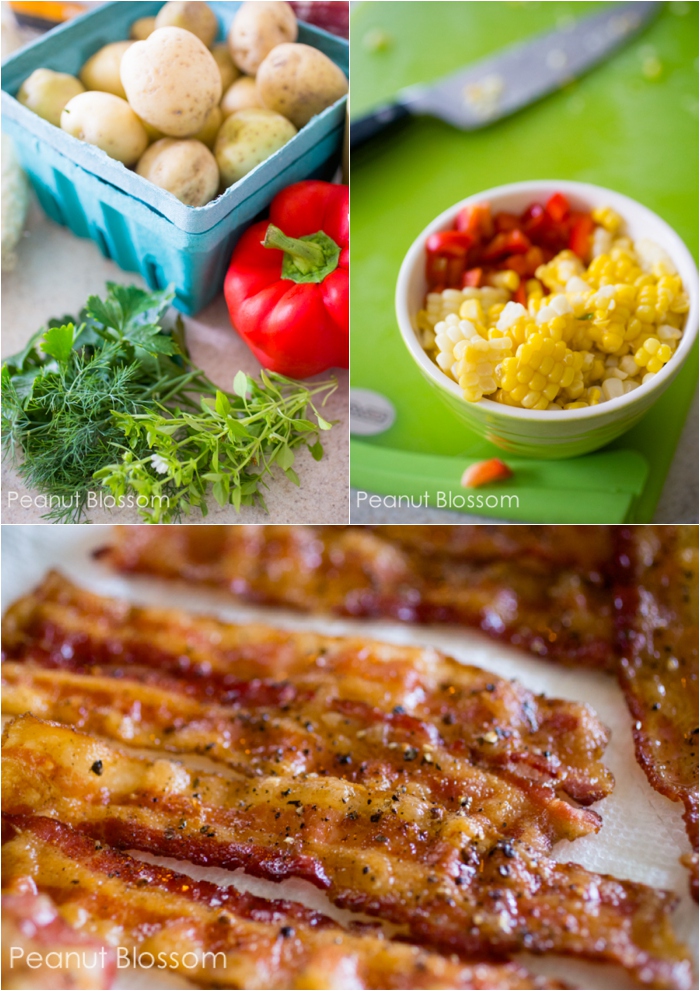 I steamed the corn cobs right in the same pot as the potatoes to keep things extra easy.

Once everything was cooked, chopped, and crumbled, tossing this together is easy peasy: 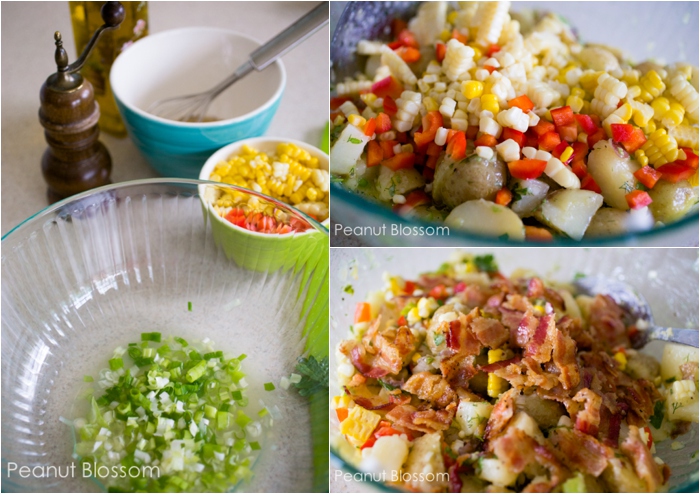 "The best potato salad I've ever had!" - Handyman Tim, who ate 2 helpings! 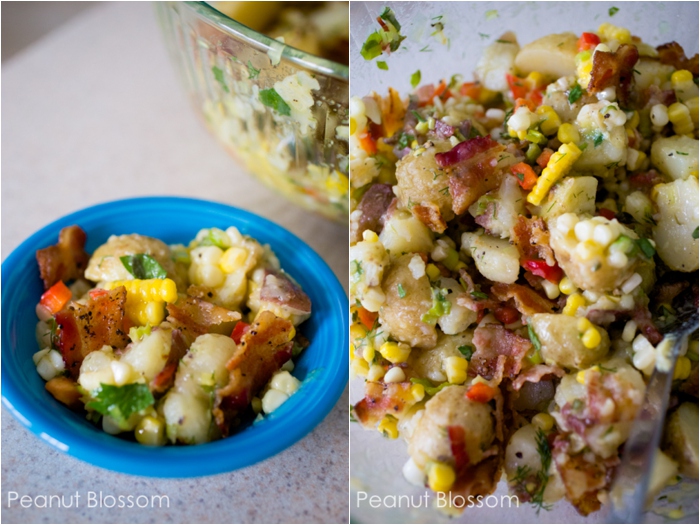 I admit, this recipe even gets me excited for the first time about potato salad. I could definitely see adding this to our summer rotation. Next time I'd love to try mixing in a few fresh green beans, too!

Set a large pot of salted water to boiling. Scrub the potatoes clean and add to the pot. Boil for 20-30 minutes until just cooked through. With 10 minutes before they are done, add the cobs of corn. Drain the whole pot together. Remove the corn cobs and cover the potatoes with a clean kitchen towel and allow to steam for an additional 10 minutes.

When the corn is cool enough to handle, cut the kernels from the cob and set aside. Dice the red pepper.

In a large bowl, combine the white wine and chicken stock. Add the minced green onions. Set aside. When the potatoes are done steaming, cut them in half (or in quarters if they are extra big) and gently toss them in this bowl until they have absorbed the liquids.

In a small bowl or measuring cup, whisk together the mustard and Champagne vinegar. Slowly stream the olive oil while whisking to form an emulsion. Add the salt and pepper, whisk to combine.

Pour the dressing over the potatoes, add the corn, red pepper, and fresh herbs, and gently toss together.

Cook and crumble the bacon, toss into the potato salad just before serving to retain the crunch.