Home » Blog » Wanderlust » Disney » Which order should you visit the Disney parks?
6.2Kshares

This post is part of the series "Real Moms of Disney." Liz from Wisconsin is sharing her thoughts after a trip to Walt Disney World with her family. Her advice on which order to see the parks is incredible, be sure to check it out! - Tiffany 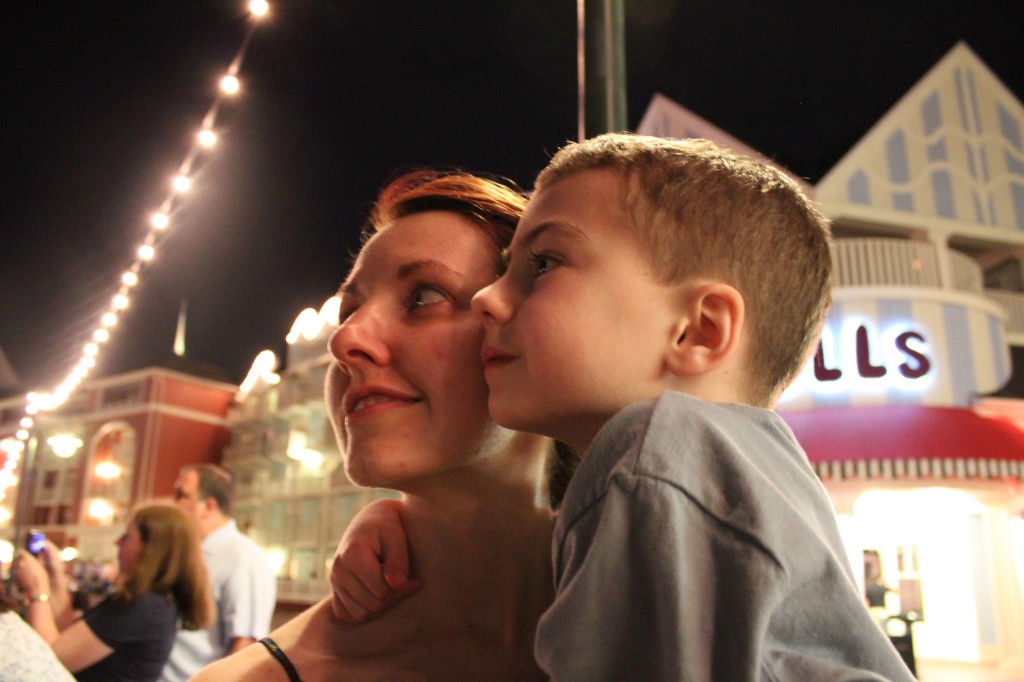 How many times have you been to Disney World? Was this the first trip for your child?

I have been to Disney at least 5 times as a child, and twice as an adult without children, but this was my son's first trip at age 6.  He's an only child, so it was easy to decide when to take him--he was ready for rides and has a great memory, so we knew the trip would stay with him.  He's already asking when we can go back. 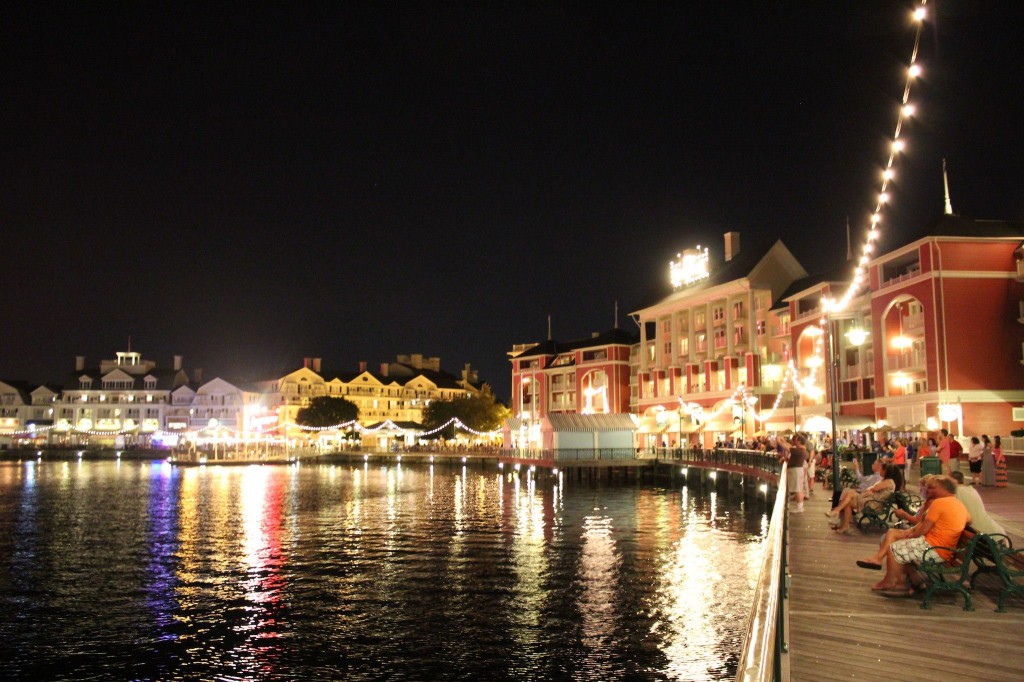 Where did you stay? Would you choose that option again?

We stayed at the Boardwalk Inn near EPCOT and I would 100% go back.  The whole Boardwalk resort area is elaborately themed, a perfect blend of lively and quiet, and so so convenient.  I'd also be willing to try the other resorts in the area, like the Beach Club and the Yacht Club.  The Friendship boats take you to Hollywood Studios or EPCOT.  Both parks are actually easy walking distance, especially EPCOT and the much less crowded International Gateway.

It was particularly wonderful after the late night shows to be able to stroll home while everyone was still standing in line for the monorails or buses at the front of the park.  Not to mention how easy it was to take a mid-day break without feeling like we were losing lots of park time with transportation. 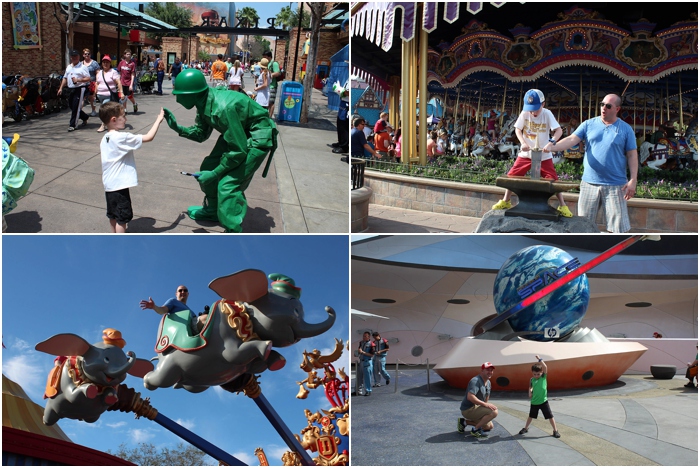 What was your favorite dining experience?

We didn't do the dining plan since the kiddo is not a big or adventurous eater.  Instead we did counter service when we got hungry.  That really worked for us because we didn't have to plan where to be based on meal reservations.  We tended to eat earlier than the big crowds, too.

Some of my favorite counter service spots are:

The only dining reservation we made the whole trip was at Hollywood & Vine to get the Fantasmic Dinner Package.  We were there at a pretty small crowd time of year, so we probably didn't need the package to get decent seats, but we needed dinner anyway, and the cafeteria style made it easy to feed Mr. Picky, so why not! 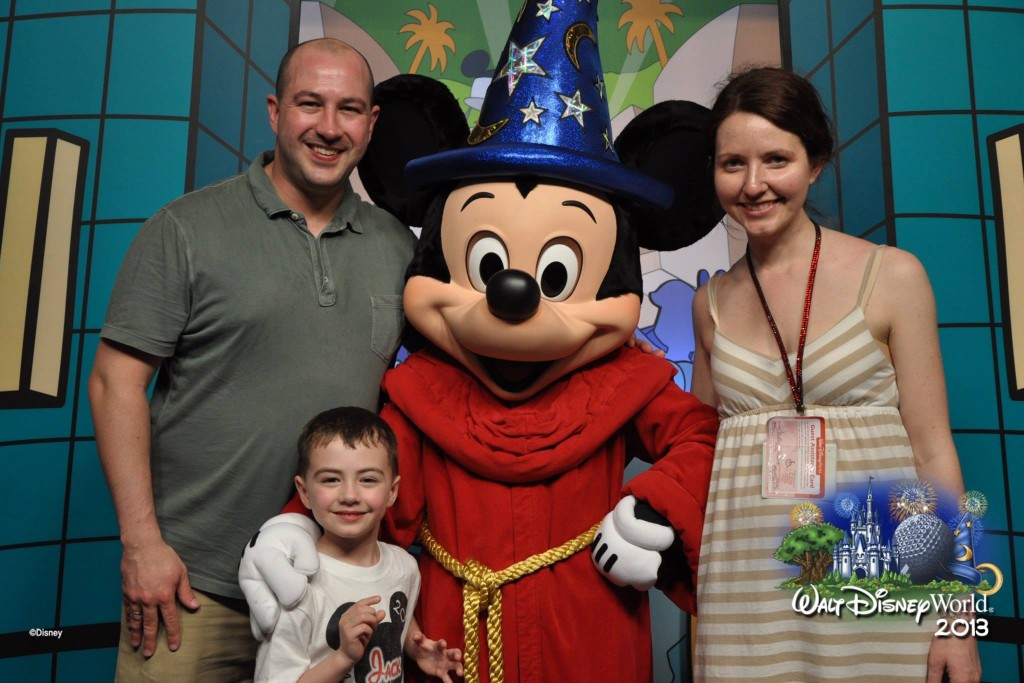 What advice would you give another mom planning a trip?

As a kid, my family always stayed off-property.  Now having stayed on-property twice as an adult, I'd really have a hard time going back without staying at a Disney hotel.  The experience is always great.  The convenience of the almost nonexistent commute to the parks is worth every penny to me.  Add in the Magical Express and you've got the easiest trip ever.  The cast members really do always have a smile and everyone is willing to help.

I'd also say don't underestimate the heat.  We went in April, and although the temps were officially predicated to be in the low 80s, the humidity, crowds, and heat from the blacktop definitely took a toll.  We ended up buying one of the ridiculously overpriced spray fans filled with ice water, and I spent the rest of the trip lugging it around.  It was a pain sometimes, but man did that feel good.  I ended up spraying down a lot of strangers' kids, too.  There were so many sweaty, red-faced kiddos looking on with envy as I sprayed myself and my family.  I'd recommend getting one ahead of time if you're not going in cooler temps. 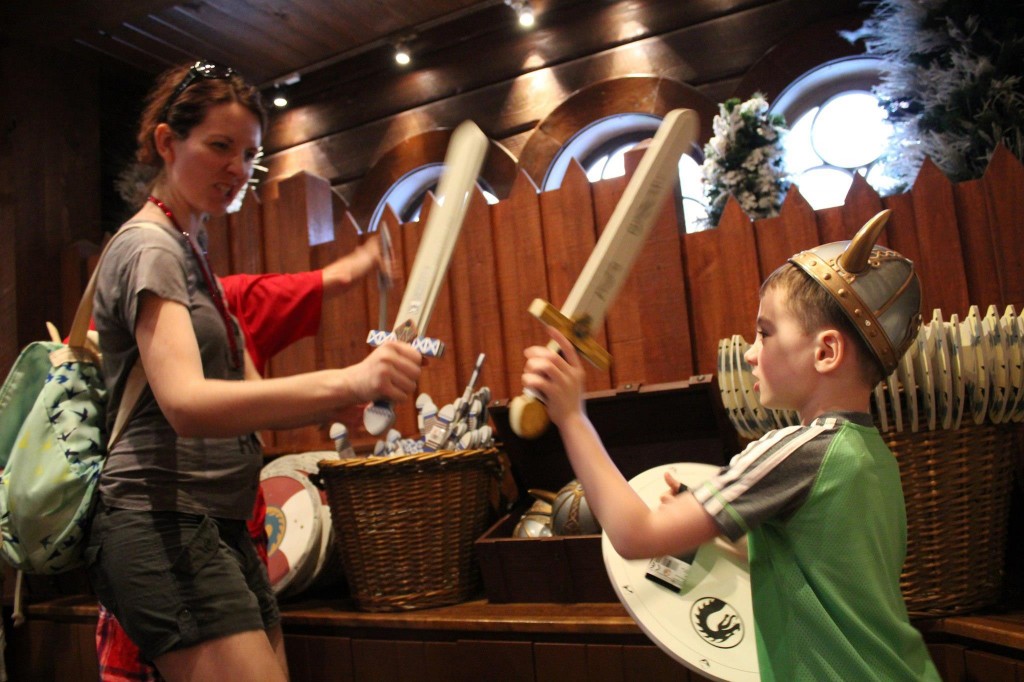 We had a great time taking silly pictures in the gift shops, too.  Putting on pirate gear, viking helmets, or character hats and taking a few pictures made for free souvenirs.  The staff didn't mind a bit.  Even when we had a sword fit in the Norway pavilion gift shop.

We also LOVE the DisneyParks app for the iPhone.  It was so great for checking wait times and helping us make spur of the moment changes to our plans.  We followed the PeanutBlossom philosophy of only designating a couple of must-dos each day so everything else was gravy and the app made it easy to see as much as possible.

What would you do differently next time?

Kiddo was young enough that we didn't stay up late to see the fireworks at the Magic Kingdom or the Electric Light Parade.  He's seen pictures of it since then and requested to see it next time.  That's about the only thing we'd change though!

Oh, and I'm never going back on Stitch's Wild Ride.  It was gross and scary for kiddo and just not worth it.  Even with no line.

I'd probably add at least one day to our trip as well.  We went from a Monday-Friday with travel on the first and last days.  Three days in the parks was great, but it would have been nice to spend maybe one more, or try a water park.  Especially considering how hot it was! 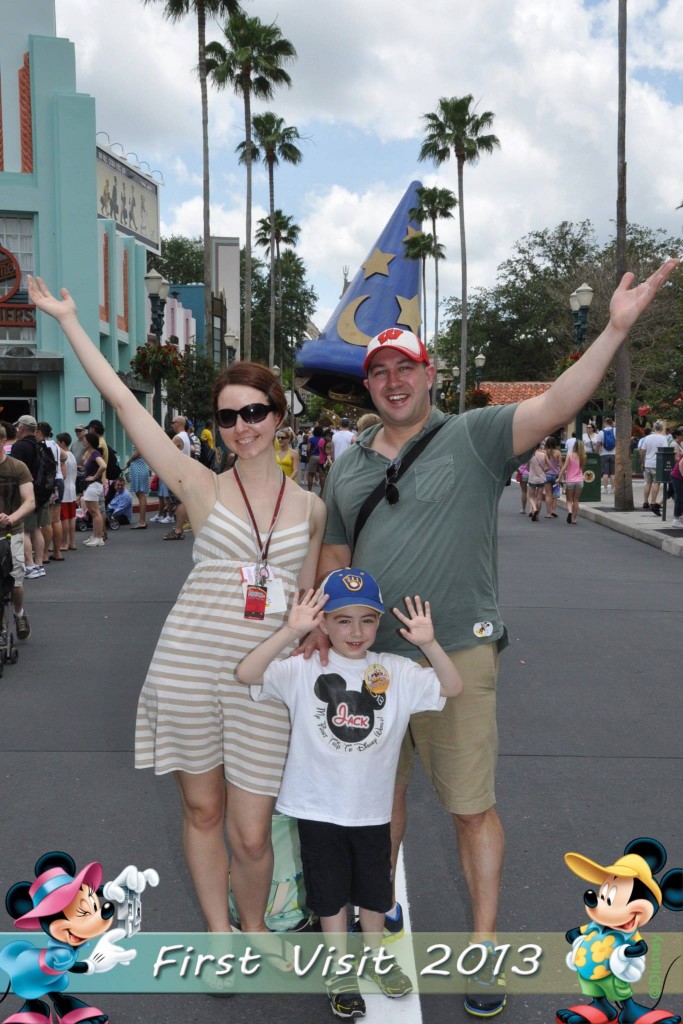 What was the most magical moment from your trip?

We decided to do the parks in reverse order.  Animal Kingdom in the morning, EPCOT in the afternoon, then EPCOT the next morning, and Hollywood Studios in the afternoon.  We saved the Magic Kingdom for last, because we wanted all the parks to be exciting and magical for the kiddo.  Since seeing the castle is such a big moment, saving it for last gave the other parks and opportunity to shine in their own right before the big entrance onto Main Street really made a great finale to the trip for him.  I would definitely recommend that approach.  It also made for reduced crowds in the Magic Kingdom since most people start there. 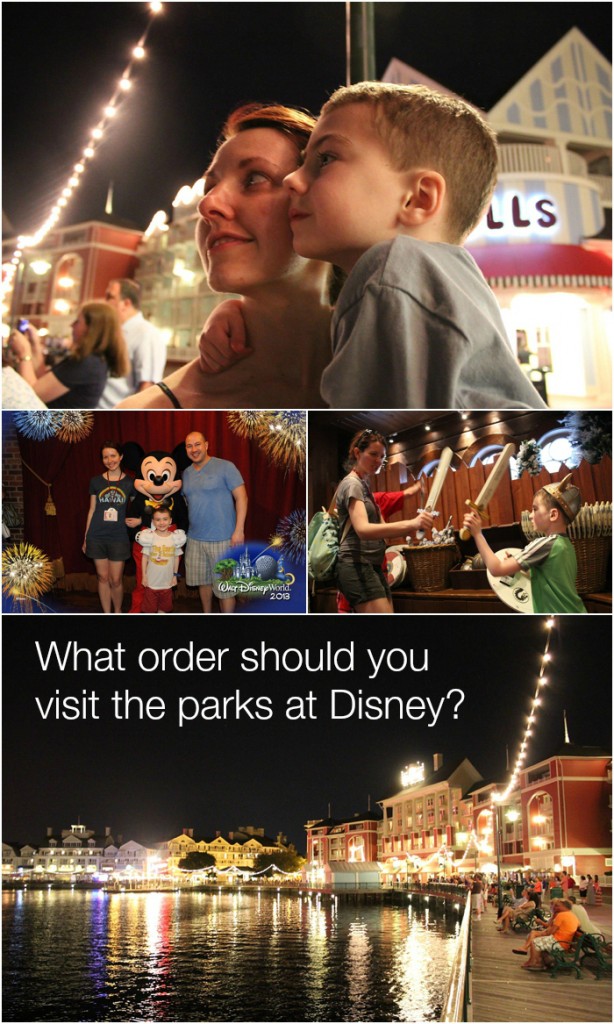