Hawaiian roll ham and cheese sliders are the perfect party food: Bake a big tray of them and feed a crowd in just minutes. 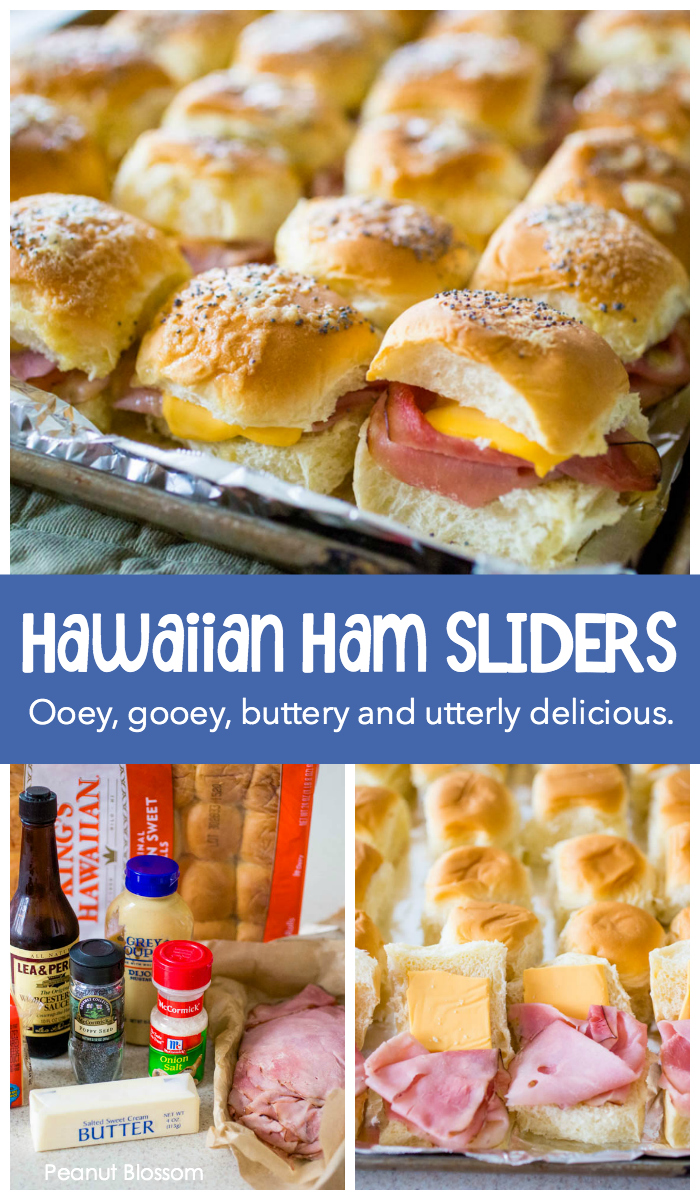 When I was little, my mom had a recipe she used at Christmas time and big graduation parties for these tiny ham and cheese sliders that were individually wrapped in tin foil and baked. They were insanely delicious but also insanely annoying to have to prep. Despite our love of them, we abandoned making the recipe for anything other than enormous crowds.

Then a few years ago, I discovered this oh-so-much easier method of preparing a very similar recipe! Instead of individually wrapping them, the ham and cheese sliders are prepared on one large baking sheet, slathered in a mouthwatering butter & mustard mixture, and then baked all together at once. This has become an absolute staple during the holiday season and for football parties. I thought you might appreciate it for the big game later this week!

My mom used to use plain white dinner rolls from a local bakery but I switched it up by using store-bought Hawaiian rolls. I love how easy they are to find no matter where we move. They come in packages of 12 or 24 which are perfect for making a bulk tray of sliders. I like to grab the 2-pack at Costco when I know I’ll need a big batch of the sliders but it is an easy enough recipe to scale.

I add a single thin slice of deli honey ham, and pre-wrapped cheese slices broken into 4 smaller squares. I like my ratio of ham to cheese to bun to not fall on the overly meaty side of things and I don’t like it when there’s so much cheese it overpowers the slider. Using just a 1/4 of the cheese slice and a single ruffled slice of ham keeps the ratio just perfect.

Handyman Tim can easily polish off a sizable portion of these gooey sliders all by himself. When I made it for the playoff games the other weekend, the kids had to fight to get a few for themselves! The whole platter disappeared in a blink. 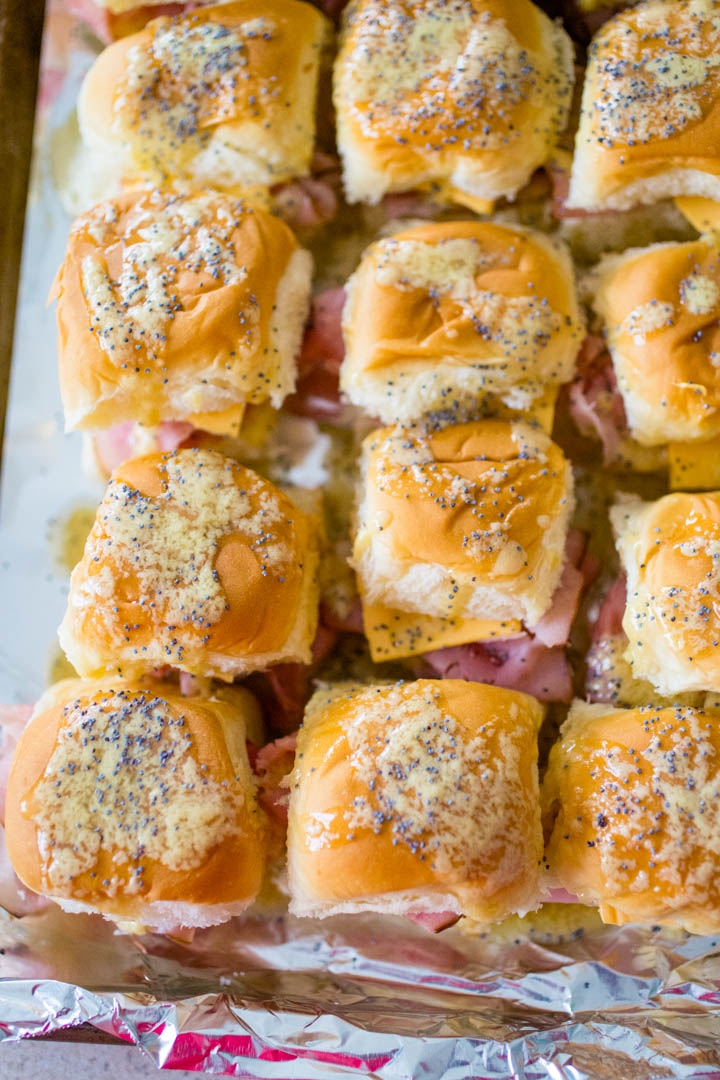 What do I brush on top of the hot ham and cheese sliders?

This part of the recipe is a big variation from my mom’s old version. I use a pastry brush to paint the sliders with a melted butter-mustard mixture that looks like it’s going to be an ooey-gooey mess when you prepare it. The butter has mustard, garlic salt, and a bit of dried onion and it is a drippy mess to pour over the buns but I swear it does absorb into the bun quite a bit as they bake.

They are still sticky to eat with your fingers, but totally worth it. Just keep lots of napkins ready for your guests. I’ve never had a single person complain.

These Hawaiian roll ham and cheese sliders are the perfect party food because they take just a few minutes to make and feed such a large crowd. Don’t miss these other great party recipes that are just as easy!

5 tips for hosting an awesome football party when you hate football
Next Post: Try not to panic: What to do when you find your kids sick at Disney